Only a few months ago, Salesforce CEO Marc Benioff declared their acquisition of Tableau was going to be the most successful software-industry acquisition of all time.

Just over 15 months since purchasing Tableau, Salesforce has added what COO Bret Taylor sees as the galvanizing force for the ever-expanding Salesforce ecosystem, in the form of Slack.

Slack has been hailed as the benchmark for a product-led go-to-market strategy and in a broader sense a product-led company. We even used their onboarding sequence as one of our best onboarding examples!

Who knows, but at this festive time of reflection, let’s look back at some of the key reasons for this move by both parties, what successful (and less successful) acquisitions look like, then come back to the future and look into the crystal ball to predict what Slackforce (yep, I’m sticking with that) might mean for product-led growth’s shining star.

“Enemies of enemies are friends.”

Whether it was UK Grime artist Dave who said this most eloquently in 2019, or Ancient Indian philosopher Chanakya in 300 BCE, the fact is this principle has permeated political and economic decision-making for over 2,000 years.

Slack and Salesforce have bought into this mantra in order to tackle their shared competitor, Microsoft.

Slack has Microsoft Teams as their largest competitor, and Salesforce monitored the increased adoption of Microsoft Dynamics across large and mid-size organizations and decided the level of threat was worth acting upon.

The combination of Slack’s mastery of distribution and Salesforce’s vast ecosystem means a nicer user interface backed up with the greater amount of data that’ll be available.

It seems like a great idea, and Salesforce’s acquisition of Tableau has been regarded as a success thus far, giving hope that Slack’s product-led approach will remain at the forefront of product development.

There are some other promising precedents of M&As that have gone well for both parties, and most importantly, the user.

There have been some mammoth acquisitions in the tech industry over the past two decades, with some being valued at almost triple the $27.7 billion Salesforce paid for Slack.

One success story they’ll be hoping to follow in the footsteps of is Dell’s purchase of EMC. This deal was worth a whopping $67 billion.

The deal reinvigorated Dell back into a true giant in the enterprise space, launching it on an upward trajectory after a shaky few years which saw the business come off the public market in a $22 billion buyout only a few years prior.

The similarities here are that both acquisitions allow each firm to expand into a slightly different market, as well as solidifying and improving its core offerings.

Slack will be able to rival Microsoft Teams’ dominance in the enterprise space, and Salesforce will have a rejuvenated instant messaging platform that could also edge out the $1.5 trillion powerhouse.

However, according to the Harvard Business Review, the failure rate of M&A deals are between 70% and 90%.

Google’s acquisition of Motorola seemed to make perfect sense at the time. Another case of solidifying, expanding, and improving the offerings of both companies through Google’s pursuit of further penetrating the mobile market.

However, the $12.5 billion deal was a colossal failure, with Motorola being divested for a meager $2.5 billion just 2 years after the 2012 acquisition.

Just three years later, Microsoft and Nokia’s $7 billion deal suffered a similar fate, with the tech giant not rating the mobile maker’s ability to create something fit for the rapidly developing software.

Slack and Salesforce will look to avoid the major pitfalls of these deals, no doubt.

The future of Slack as a product-led company

If successful, Slackforce would change the SaaS landscape by providing an out-and-out sound financial, and user-first approach, that could see even more widespread adoption across enterprise, scale-ups, and SMBs.

However, Salesforce operates as a sales-led organization, so what does this mean for the future of Slack, the product-led superstar?

With the deal only being announced last month it’s tough to tell this early, but from what has been made publicly available about the deal and with what both companies have been saying, it seems likely that Slack will continue to operate as a product-led organization within Salesforce.

In a similar way Tableau has managed to function (so far) with a layer of independence under Salesforce, it looks likely Slack will enjoy a similar working relationship, but long term will the product-led approach be slowly chipped to truly bring Slack under the sales-led model which has driven Salesforce?

Or, will this move thrust the product-led model into the world of large enterprise orgs as an effective business strategy?

Only time will tell. 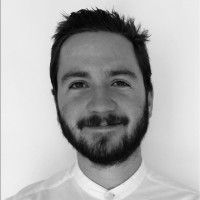 Product-Led Alliance | Product-Led Growth
—
What does the recent acquisition of Slack mean for the poster child of product-led growth?