Your journey to product-led growth starts way before you actually launch the product, but it definitely doesn’t end there. Realistically, this is just the beginning. Here are the things to keep in mind when your product meets the road.

Product-led growth (PLG) is an exciting movement. Whether you believe it is good for your product or not (my opinion is that if it makes sense in your industry you don’t really have a choice), the journey itself is fascinating.

It brings product practices into the sales funnel and calls for your involvement in each and every step (as you should be doing regardless). It gives you the visibility you always wanted and requires real cross-team collaboration. But most of all, it is exciting because it gives you an opportunity to see your strategy coming to life in short cycles with immediate feedback loops.

The general process of product-led growth starts with mapping the customer journey — the entire one, not just when they become product users: how they hear about the product, why should they start exploring it, where would they start as a result, and what they expect to see. As with everything strategic, you need to make sure it makes sense on paper because if it doesn’t, it won’t make sense in the real world. Once you understand the journey and come up with one that makes sense, you start implementing it.

You can start by making small changes to your product and marketing (e.g. replace the “schedule a demo” button on your website with a “start now for free” button), that will help you test some hypothesis or get into the right mindset, but at some point, you will probably need to change the product itself so that it is suitable for product-led growth. You need to have something to offer people to actually work with. Once your MVP is launched, you need to start optimizing and improving until you get all the pieces to work.

Some people think that optimization is a matter of A/B testing as much as possible and finding the right answers this way. But this isn’t the case. A/B testing can’t give you the answers, it can only validate or dismiss what you already thought was the right answer. As I said above, product-led growth is strategy in action, not random success.

So once you have launched your MVP (congratulations!) here are the things to keep an eye on to make sure you are doing it right.

To optimize your customer journey you have to know what’s working and what’s not. One way to do it is to get in front of your customers and ask them for their perspective. What lured them in, what they wanted to achieve, and why they went away (most of them would at first). To do this, you have to know who these people are (by email at least) and understand their behavior in the system — which means data.

If you don’t know who your users are and can’t reach out, measuring the customer journey is even more important because it becomes your primary method of understanding what’s going on.

Here are a few things to focus on when you set up your measurement system:

Make sure your data is clean and represents reality. Since funnel data becomes your primary view of the world, make sure it is accurate, or at least understand where it isn’t. For example, if your website includes traffic to older blog posts that are not relevant to what you are offering today (it can be the case after a pivot for example), you shouldn’t count it as part of your traffic because it will skew the numbers.

If some of the activity in the system is coming from internal users (you and the team), you shouldn’t count it as activity, because you want real numbers. This is crucial to everything you do next because you will be working for those numbers — so make sure they are representing what you need them to represent.

Measure the entire journey, not just the product. I’m sure you have product KPIs, but in product-led growth the product spans into marketing as well. You should understand and measure the entire journey, from the moment they heard about you and got into your website, all the way down to payments and renewals (although this is probably not something you need to worry about on day one. More on that later).

Measure everything you can, set goals on a few. Some people are afraid of measuring everything because they are familiar with the single, north-star metric idea, or know that they must focus and are afraid that too many metrics can confuse them and the team. When it comes to setting goals they are right, but measuring doesn’t imply setting goals as well. The numbers are your sensors to the world, and you want to have as many as possible.

Solve one bottleneck at a time

Product-led growth is an optimization journey. As such, knowing what you are optimizing for is very important. It is tempting to think that you want each and every part of the funnel — from acquisition to activation, retention, and all the way to revenue — to work flawlessly. But that would be a mistake.

What you are really looking for is to optimize the entire funnel performance, and the funnel is as weak as its weakest link. Your optimization strategy should be as follows: find the bottleneck that is currently your weakest link. Improve it until this is no longer the bottleneck, and your blockage happens somewhere else. Move to solve that one, and repeat this process for as long as needed.

Note that at the beginning, your funnel will be blocked before it’s completed. That is, your customers would start and abandon before they become actual customers. Your bottleneck then is actually a full blockage, since people won’t go beyond a certain point. Once you remove the barrier they had there, they will continue, until the next barrier. It will take time to get the entire funnel to work for the first time, and it should be easy for you to understand where the problem is.

Product-led growth brings a bottom-up, no/low touch sales approach to the enterprise software world. There are two distinct new paradigms here: selling bottom-up and selling with no/low touch. Theoretically, they are both equally important, but in reality, one is much riskier than the other.

Moving your product sales to work bottom-up is much harder than moving your sales funnel to no/low touch. Luckily, bottom-up is also the one that is easier to test and validate, so there is no question that you need to start there. Focus on proving that your product can be sold bottom-up. Don’t worry about scale, or about how much human interaction you need to throw in to succeed.

Since we are in the business of optimizing the entire funnel performance, and now we have established that it doesn’t need to be low/no touch at first, you can drive some parts of your funnel manually. This gives you the flexibility to put developers (who are usually the most scarce and expensive resource) only where the product must be changed to achieve the goal.

Here are two real examples from customers of mine who recently shifted to product-led growth: the first company just released their MVP, and started tracking the funnel. When I talked to the CPO about what needs to be done to get the first paying customer, his immediate response was that you have to have the ability to accept credit cards, which the MVP didn’t include.

While this is an important step in the funnel, for the first few customers you don’t need to worry about that, since they will anyway usually convert only after talking to you. So have them signed up and send them an invoice by the end of each month, to pay just like any other enterprise contract. If you do it right, there will come a time when it will be clear that this is now your bottleneck and it’s time to move on to true self-service. But this is not the case at first, so don’t spend developers’ time on it, since it won’t make the impact that you want.

The second company is already working for a while with a free offering, so they have great traction with the “bottom-level” users. They love the product and keep coming back. The CPO there wanted to add to the system an ability to involve the “higher-level” users (e.g. their managers, who are also the decision-makers) so that they can start using the system as well and see value in it.

Again, while an important step in and of itself, it turned out that this is not where their bottleneck was. Somehow — probably through conversations that happen outside of the system — their “bottom-level” users involved their managers, who in turn engaged in a conversation with the company. Very high-touch, but it works for now. Their most important goal needed to be getting the first paying customers, and involving the “higher-level” users wasn’t their problem, so solving it wasn’t going to deliver them the results they wanted.

As a last note, setting goals for product-led funnels is very hard to do on day one. From my experience, most of the goals you would be setting are far too high and unrealistic. It doesn’t mean you shouldn’t be setting goals at all though.

The interesting goal to set at first is time to first paying customer. It usually takes much longer than you think, not only because things are not working as expected, but also because the expected has its own pace. When I did this exercise with one of the CPOs from the examples above, we realized that even if things worked perfectly, a lead would take 3 months to convert to a paying customer.

They explore the system for a couple of weeks and experiment with it until they decide to use it. Then they start using it only for a part of the organization, which means they don’t have to pay yet since the numbers are too small. It would take about another month or so until they start reaching the usage that requires them to pay, at which point they have to decide that they want to and get the internal approvals before they can continue. All in all, 3 months if everything worked perfectly.

Product-led growth is all about the customer journey. Make sure you understand it fully, with data and with qualitative inputs combined. Don’t forget that it has its own pace, and optimize one step at a time until you succeed. Good luck in your journey! 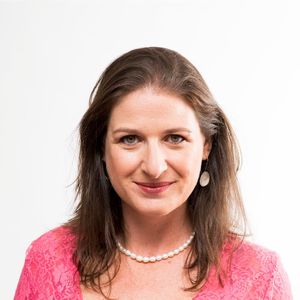