Asking ‘Why’ can always be an uncomfortable experience. Whether it’s when you’re trying to figure something out on a personal level or engaged in a hot-headed interrogation with someone over something they may have done wrong. Persistent prodding, poking and pestering are things that most in the workplace try to shy away from as much as possible.

As product managers, however, it is your job to be asking the “Why?” so that others don’t have to. Customer problems aren’t just going to present themselves to you on a platter, ready to be served up to the closes engineer or designer you have on hand for them to churn out feature after feature after feature. All without an inkling about whether what they're building matters to the customer in the first place.

In the immortal words of Boromir, one does not simply ask “Why” without a plan, structure or strategy around how you’ll ask the best “Whys” in the first place.

In this article, I’ll detail out how I use the “Five Whys” framework, popularized by Eric Reis in ‘The Lean Startup’, during discovery as a tool to coax and cajole as much information out of customers as possible. All so that I am better able to understand the root issue or problem the customer is asking me to solve in the first place.

What is the “Five Whys” framework?

Originally, the Five Whys framework is used to diagnose problems that are occurring internally, either in your own team or at the company itself. This technique was developed by Sakichi Toyoda — the founder of Toyota Industries — and is mainly used to glean an understanding of an issue or problem from individuals or groups that have hands-on experience with the process or problem in question.

The method behind the Five Whys technique is in the name. Whenever a problem occurs or an issue crops up, we will want to understand the main reason why that problem or issue cropped up in the first place by asking “Why?” five times. At every level of “Why”, we will then develop countermeasures most suited to dealing with the problem at every level until we find the root cause of what caused the problem or issue in the first place.

Inadvertently, the Five Whys method can also be used to diagnose customer problems or issues that they are facing with the product as well. Using the same system of asking “Why” five times, you are able to not only figure out the problem or issue that the customer was facing but dig deeper into why those issues or problems are happening in the first place.

All so that you are able to present a solution that solves both the face-level issue and the deeper architectural or infrastructural niggles causing the issue or problem in the first place.

Using the five whys framework with an example

The above screenshot is an example of an initiative I delivered in one of my previous roles. There, I was a product manager for a marketplace application and one of the problems we identified was that there was a 5% decrease, on a month-by-month basis, in the overall number of transactions taking place between both buyer and seller in this particular marketplace

As such, we wanted to find out exactly why this happened. To do this, we got into a process of chatting with both sides of our market place e.g. the customer and sellers to figure out if they were having any problems or issues making transactions in the marketplace.

Once we were able to get a hold of either the customer or seller, we would initiate the Five Whys process to get a deeper understanding of the potential bottlenecks occurring between both participants.

This helps to get a fuller understanding of how we can solve issues at every step of the way, as well as figure out the root cause that caused the decrease to occur in the first place

The following is an example of how we figured out the issues at every stage for the customer, as well as the countermeasures we implemented at each stage and the solution that we developed to solve the underlying core issue or problem:

Q1: We’re seeing a decrease in the number of transactions occuring on our end. Have you been having any difficulties using our platform at all this month?

A1: Yes, negotiations with the seller are taking too long as we are confused, which is causing us to put in fewer orders last month.

Q2: Why are you confused?

A2: We are unsure about what the sellers are talking about during negotiations

Counter-measure 1: Give customers more context, either via an info bubble or tooltip, about what the sellers are talking about.

Q3: Why are you unsure about what the sellers are talking about during negotiations?

A3: The sellers are making reference to products that we cannot find in your system

Counter-measure 2: Make sure that products referenced by the seller can be found on our system. Double-check to make sure we aren’t leaving anything out.

Q4: Why can’t you find the products on our system?

A4: Because there isn’t an integration between our system and your system yet

Q5: Why isn’t there an integration?

A5: Because you haven’t made the integration available yet

Counter-measure 3: Build an integration between our system and the customers' systems so that they are able to sync up similar product references that the seller is referring to.

Follow the tips above to implement the Five Whys framework as part of your discovery cadence and you’ll be on your way to figuring out what problems your customers have in no time! 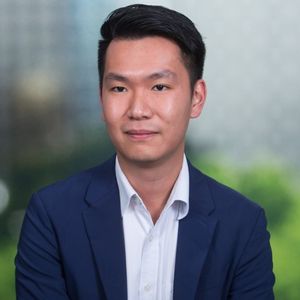