Krishna Panicker is the VP Product at Pipedrive. But, his story begins at Skype. This Article is adapted from Krishna's talk at the Product Led Summit, London 2019.

"I'll take you back to the beginning of 2009. I started as a PM at Skype. I got to work with some great people. We worked on a ton of features. I got to work on group video calling, I led the team on video messaging. We started looking at Mobile, around screen sharing and Skype Wi Fi.

In the first 18 months, we saw great growth. 50% growth in active users and our revenue was sky high. All was good.

But, around the same time, this thing popped up.

I managed to dig out my old iPhone 3. Dinky little thing. Not many people had these. It wasn't that common, even in 2009. No front facing camera. The battery life was poor. The calling quality was awful.

And yet, there were some experts saying that this is going to be the next big thing. The smartphone.

At Skype, we were having discussions about this. 'Where do we invest?' 'What's going to be 'big'?' 'Where do we put our resources?'

But, you already know how this plays out.

People moved very quickly to mobile. They went from calling to messaging. We saw this shift, not just in technology, but in societal trends.

2009 was also the year that WhatsApp launched. They are now a whisker away from having 2 billion active users.

Just think about that. That's a quarter of the planet using this app, every single day.

In the intermediary time, Skype went into decline.

So, why did WhatsApp succeed where Skype failed?

I got to see the kind of the rise and the fall of these two companies. It was very interesting to see how that played out.

As I see it, there are three legs to their strategic stool.

Leg One: They had a very simple interface.

Prior to Whatsapp,  you had instant messaging apps. You'd be online, you'd be offline. And you just talk to people who were also online.

Leg Two: They built a critical mass in a very short space of time.

Whatsapp blurred the lines between sending a message and inviting someone to the app.

You look at your contact list. If they're on WhatsApp, that's great. You send the message. This helped to ignite their growth.

Leg Three: They made it easy to find your friends and chat

This was the killer move.

Then, you have to find your friend. And if they were called John Smith, good luck with that.

Also, your friend John Smith might not actually go by that name. On this app, they're Gumball 3000. Again, you're just not going find them unless they specifically tell you.

Assuming you've now found them, you then have to send a contact request.

They have to accept this.  Only then, if you were both online at the exact same time, can you start a conversation.

This whole process right could take days, if not weeks.

Whatsapp came along and removed all five friction points, immediately.


Also, don't obsess about the features

I talked about all the features we were working on at Skype. We had over 1000 people working on this.

Their strategy was simple. How can we reduce the time it takes to have that first conversation? That's what they focused on.

They knew that if you can get your user connected to their contacts, their job was done.

Let's return to the moral of the story.

At Skype, our attention went to people like us. It went to desktop calling apps.

Whatsapp wasn't really on our radar.

I didn't pick up on them until a year after they launched. And even when they did appear, we barely paid any attention to them. We weren't gathering intel or staying on top of their progress.

We were a desktop calling app, they were a mobile messaging app. It was very easy to disregard them.

But of course, we were all in the business of communications. And so, it didn't take very long for them to be a serious competitor to us. And by that time it was too late.

Your competition is often not who you think it is. You pay attention to the person that's in front of you.

Take this quote from Justin Kan. He's the founder of Justin TV, which he flipped to Twitch, which he then sold on to Amazon.

With B2B companies, you're probably competing with a spreadsheet. Your attention focusses on your obvious competitor.

But, there's actually a much larger addressable market out there. You just don't always see it. You're missing out on opporunities.

The year is 1997. The first Harry Potter book is released. We see, for the first time, Kate Winslet taking up too much room on that frozen door in Titanic.

Netflix also gets launched. They’re in the business of DVD delivery. The biggest player on the block in this entertainment space is Blockbuster.

You'd walk to your local High Street. You go to this brick and mortar shop and you browse the DVDs. Maybe even VHS cassettes. You choose a movie and rent it out for the night. You’d pay three bucks, returning it the following day.

Blockbuster was a $6 billion business. They were huge. The high street today is hairdressers and charity shops, but back then you'd have Blockbusters too.

'They're that DVD by post business. That's not what we do.'

It took them six years before they even recognized them as competitors.

Other players come up in this space. Some you may vaguely remember.

Blockbuster, again, were slow to react.

It makes them bankrupt. They can't maintain their brick and mortar stores, as well as their huge server farms.

And so we're just left with a few players.

Netflix were in the DVD delivery business, but they're now in streaming content. They were already showing a willingness to shift and to adapt into new territories.

But, it was the next move where they really made their name.

Netflix bought House of Cards. They put all their poker chips on the table. They paid $100 million for two seasons up front. This was unheard of. This is a company that doesn't even do content.

House of Cards is a huge success, and their subscriptions go completely through the roof.

Was it all luck?

They also saw the gaps in the market. They could see that anytime they put political drama on, it got soaked up straightaway.

People were telling them they were crazy. 'What the hell are you doing?' But this wasn't a creative decision. As far as they were concerned, this was maths. They shifted the dynamic somewhat. They knew this was going to be a success. It was just a case of how much.

Netflix are now in the business of content creation. So, this is another flip.

They have some very interesting bedfellows now. Now they have HBO (Sky Atlantic in the UK). And Disney, too. These companies very quickly realized they have a new competitor in town. And they're scared.

Netflix understands their customers 100 times better. Their competitors do not have the level of data that they do.

Of course, Disney now starts Disney plus. Their flagship show is Star Wars: The Mandalorian. For HBO it's Game of Thrones. They start HBO Go in America, streaming directly to the consumer.

But, Reed Hastings, CEO of Netflix, doesn't stay awake at night thinking about HBO and Disney. He thinks about competition in a very different way.

'Think of any night you did not watch Netflix... we compete with drinking a bottle of wine. That's a particularly tough one.'

Anything that you do at the end of an evening to unwind, that's the competition. That's a much bigger market than focusing on the likes of Disney and HBO.

What would you do? You're now the CEO of Netflix. They have flipped their business multiple times already, but what are you going to do in 2020?

Think. We're going to unwind at the end of the day, maybe you crack open your Xbox. Play a game. You're right in front of the TV anyway.

What if Netflix did that? What if Netflix transformed their content into gaming? You watch an episode, boom. ‘Watch the next episode or play a game?’ It wouldn't  surprise me if they entered into that space.

Or, you might want to go out and meet friends. You go for a meal and a movie. Netflix could partner with cinema chains, and have exclusive content showing in the cinema. You have your 'Netflix plus' subscription and you are privy to some director commentary, or some post movie analysis. Some special content just for you.

I don't think it's particularly scalable, but it's an option.

Or, maybe you could bring those friends into Netflix. What if you're watching a show and you have your friends that are also watching. They can start experiencing it with you and you see them on the roster on your TV. You could share the emotions with them. The moments they cry, the moments they laugh. A much more immersive experience. There are many ways that we can start thinking about competition now. And that's just a few of them.

If you focus on the product, guess what? You're going to get more product.

Your competitor gets the shiny new 'Feature A.'

And you know what your leadership and your customers ask for?

Guess what you do? You build Feature A.

But, when you build Feature B, your competitors are having the same conversation.

They build a similar version to what you have.

Over time, it's death by 1000 cuts, self inflicted cuts, but you don't even notice it.

You get to this space where the only difference between you and a competitor is a tick box. That is a game you do not want to play. Eventually you're going to hit a brick wall

1) Ask your colleagues, ‘What business are we in?’ Start that conversation.

2) Think about who or what you're competing with.

3) Broaden your preconceptions of the 'competition'.

If you're all trying to find your own slice of the pie, business becomes very cutthroat.

But if you can look and find another attribute to compete by, then there's actually a much bigger market to explore.

Look for that invisible pie. Search for other ways to differentiate yourself."

Krishna has worked at startup, enterprise, B2C and B2B organisations. He got schooled at Skype, learned some manners at Microsoft and powered up at Pipedrive. 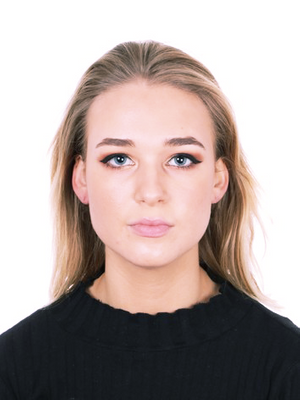 Product-Led Alliance | Product-Led Growth
—
Know Thy Competition. Hint: it's not who you think it is